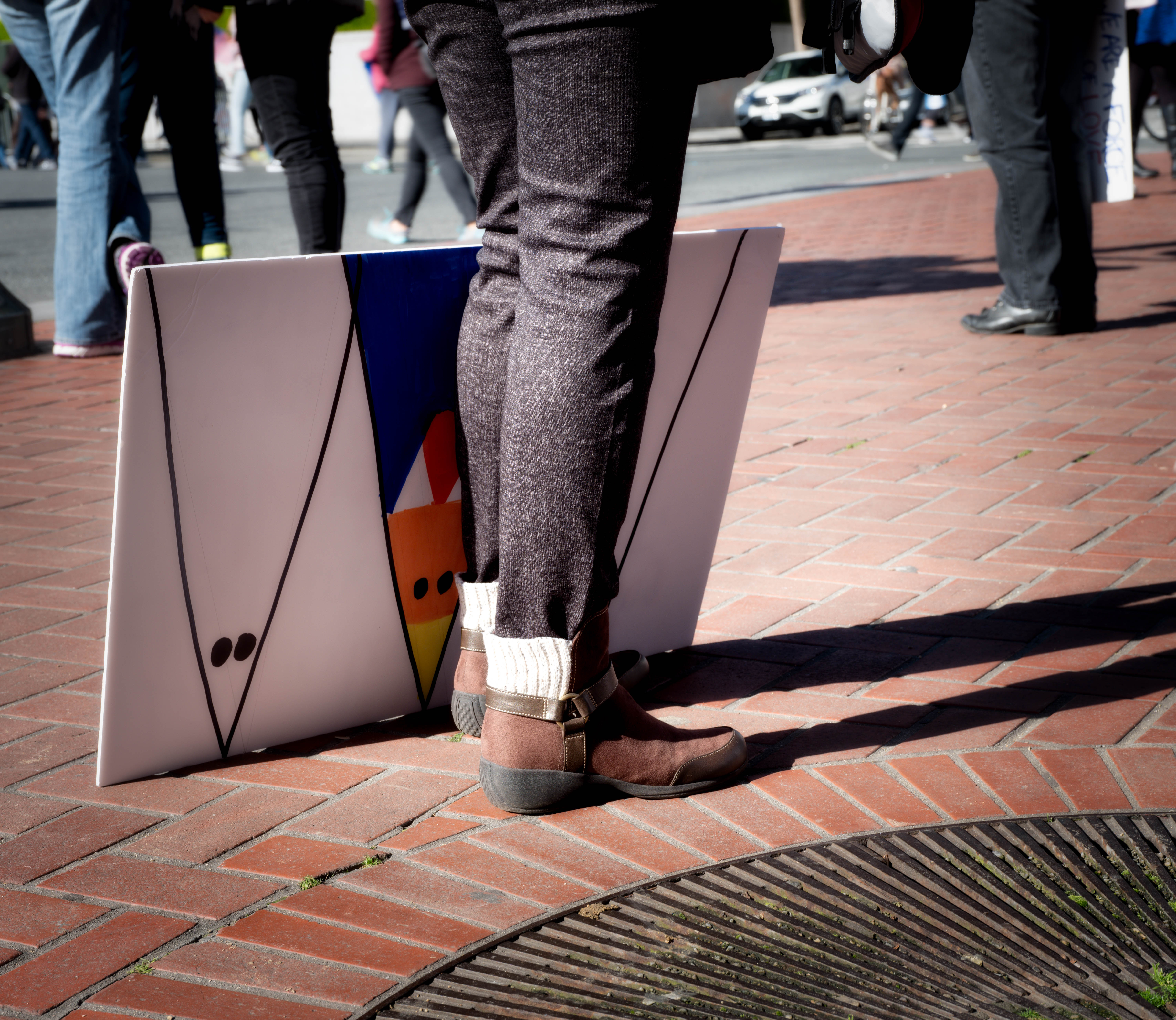 Last year I attended the Oakland Women’s March.  This year, I thought I’d give San Francisco a look-see, mostly because it was happening later in the day and, let’s be real, I’m really not a morning person.  Here’s a bit of what I saw:

People arriving at the rally at the San Francisco Civic Center.

You have to he a little impressed at how well this attendee matched her lettering to the sky.

Followed this lady around awhile (in a totally non-creepy way, of course) trying to get pictures of her rainbow ears.  Stop moving around so much, protesters – you’re complicating my photography.

Proving you’re never too young to draft your own protest sign.

Truth in black and white.

Lining up to march.

Random juxtapositions are the best.

Grab ’em in the midterms, America.

And a good time was had by all.