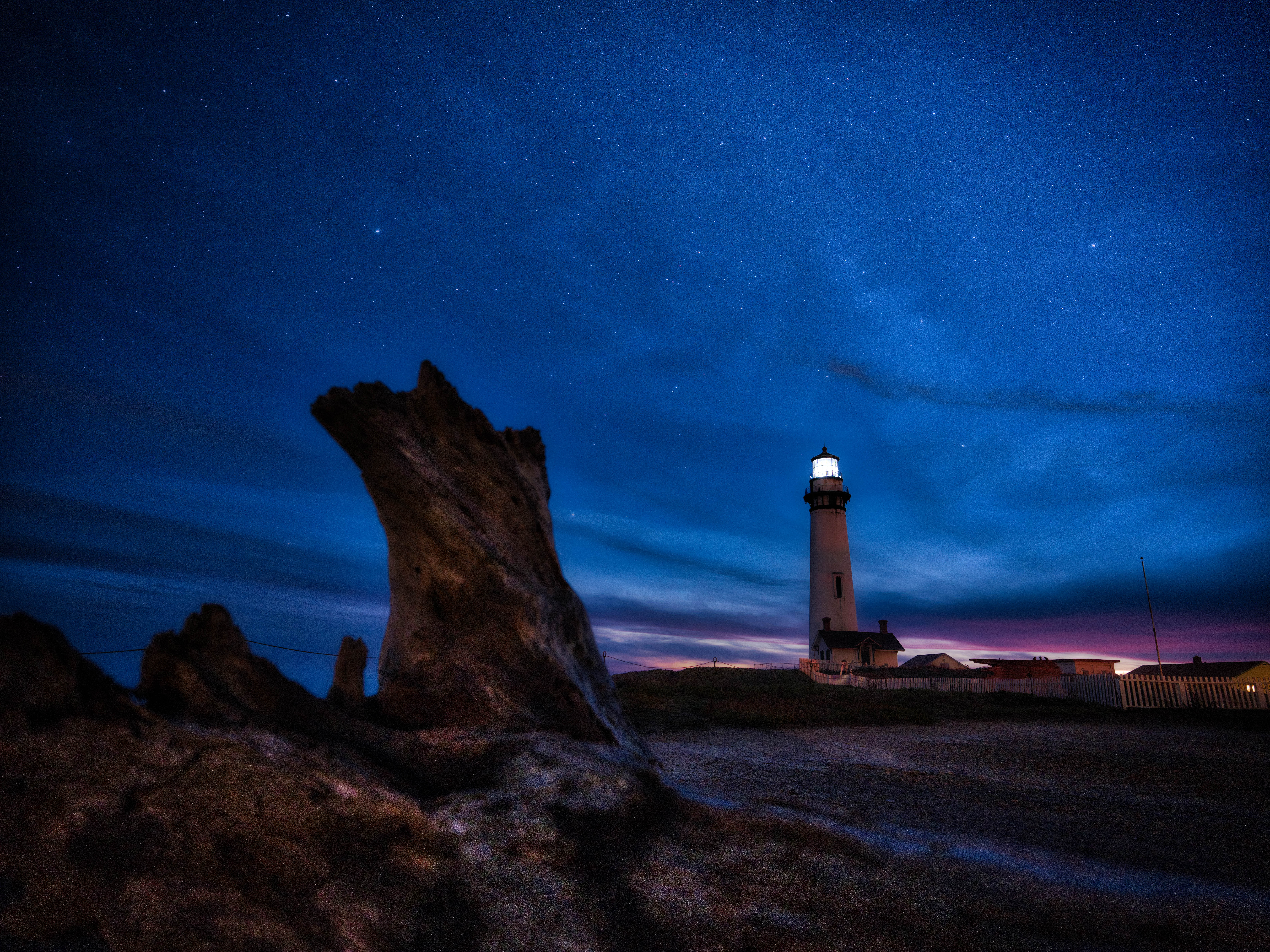 For a native Californian, I’ve sure managed to avoid seeing some of our most famous sights.  Behold Pigeon Point Lighthouse, on the Pacific Coast Highway:

I can’t even tell you when the last time was that drove down the Pacific Coast Highway, even though I live adjacent to it.

It took a much longer time to get her than I anticipated.  We had to traverse a number of windy roads, and it was nearly dark when we arrived.

Pigeon Point Lighthouse from a different angle.  No idea what that number 2 on the fence is about, but I thought it looked cool.

Fortunately, I enjoy the dark, even though it presents some technical challenges that I have not fully mastered.  For instance, it’s difficult to get the correct focus in the dark.  I have figured out a system with my Nikon, but have yet to conquer this on my Fuji.  Also, it’s really very dark.

The park had this super cool log that I wish I had taken better advantage of.  A smaller aperture would have helped a great deal, although then I might have missed the stars.

I didn’t notice until the ride home that the clouds in these last pictures were a nifty orange color.  The sensor picks up somethings, like the sheer volume of stars in the sky, that my lesser human eyes do not.  It’s too bad the colorful sky is likely due to the pollution levels.

Stars and clouds over the water.

Next time, I think I’ll do some research into when the Milky Way will be positioned within reach of the lighthouse.  Wouldn’t that be a cool shot?  I have yet to do any Milky Way pictures with the Fuji, and am interested to see what it’s got in that department.

I know this last one looks a little over processed, but I’ve got to be honest with you, it didn’t take much to get this sky – it was already pretty crazy.  The moment I started lightening it up, this is what I got.

What I really wish I could do is erase the car lights, and the airplane, or satellite, or whatever that thing is in the middle of the picture.  I will add “erasing satellites” to my list of things to learn to do.

Until next time, squirrel friends.