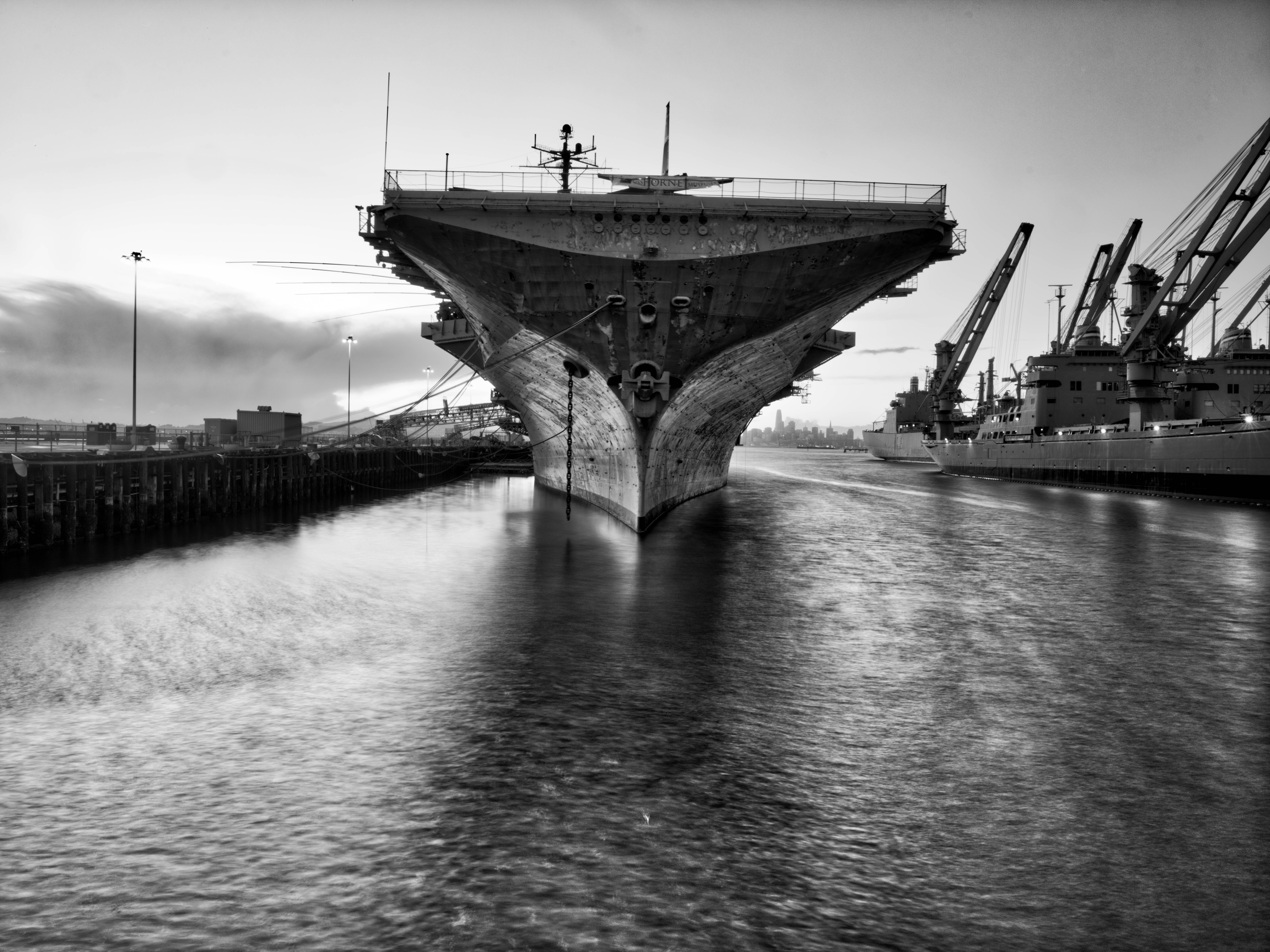 The weather has been gloomy this week.  In fact, it even rained.  For those of you who know anything about our weather cycles, rain is an unusual and welcome occurrence here in perpetually drought-ridden California.

This week’s lesson-by-failure is that if you’re going to be photographing in the rain, even if the “rain” is more like a heavy mist, best clean your filter on the regular, lest you end up with something that looks like this:

Lesson learned temporarily.  Still, I liked the concept of the shot, so, I came back when the weather cleared and tried again.

So much better.  Which leads to my second obvious discovery: reflections are the bomb, even if they’re just in puddles on concrete.  I will try to remember this the next time there happens to be rain.  As my brain is Swiss cheese, and rainy days few and far between, I anticipate rediscovering this a few more times before it sticks.  Stay tuned, sports fans.

Also, whimsy!  It turns out that Alameda Point has a number of brightly colored ballards that look a bit like little creatures if you squint:

Anthropomorphizing is the best.

The reason most people come down to this part of the harbor, though, is to see the USS Hornet.

The USS Hornet was an aircraft carrier during World War II.  After being deployed in the Pacific theater, the Vietnam War, and participating in the Apollo program, the Hornet was decommissioned in 1970, declared a national and state landmark, and is now a museum.

Military stuff doesn’t do much for me, but isn’t she grand?

I highly encourage a visit if you happen to be in town.  Every so often, big themed dances are held on board the ship, with live big band music and much period ambiance.  These are, in my limited experience, an unqualified good time.

Finally, no trip around Alameda would be complete without the discovery of a little door.  Although I like to tell my kid that gnomes live behind these doors (I think I almost have him convinced) most people around here call them fairy doors.  Residents attach them to trees around the island.  You can buy them at local shops, or on Amazon.  Part of our small town charm, I suppose.

This gnome has a great view behind his house.

The guy or girl behind this particular door, though, deserves major props.  They make their own doors and windows by hand, and then affix their tableau to lamp posts, or concrete benches or, in the case of this door, to the side of the harbor.  This person’s handiwork is particularly recognizable because they mark all of their creations with a tiny welcome mat bearing the name Mowssio.  Mowssio, whoever you are, I’m a fan.  I hope you drop by the comments section sometime and say hello.  I notice they removed your handiwork from the path to Bay Farm Island.  This was a little disappointing but the price, I suppose, of putting your doors on government property.

Until next time, you crazy kids.