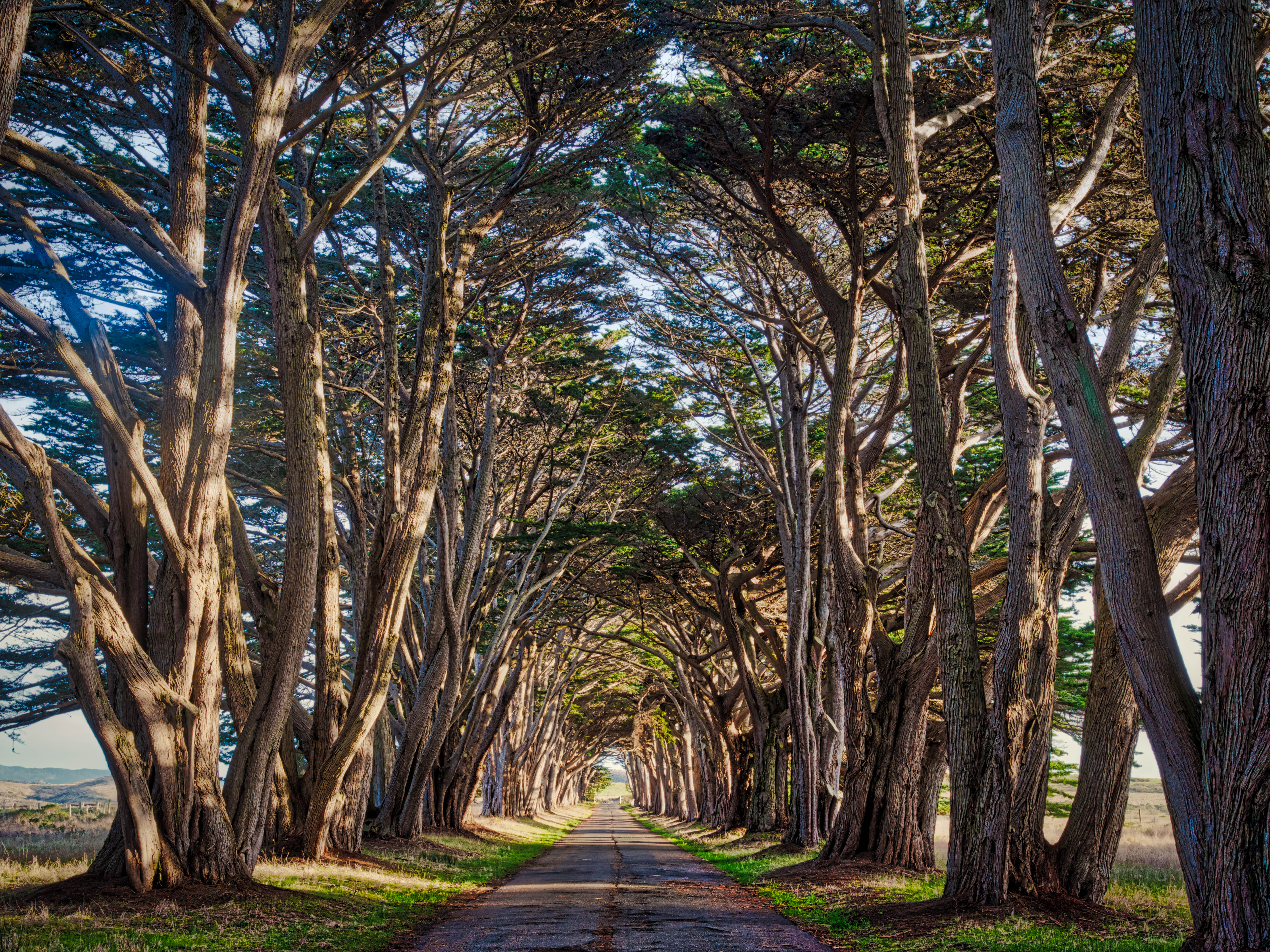 In my continuing quest to be a better Californian, I took my camera out to Inverness to photograph the Cypress Tree Tunnel near Point Reyes.  The view, I felt, was worth the drive, which took about two hours.  This shot is probably my best of the bunch:

The picture would, I think, have been improved had I been able to wait an additional half hour.  I think this photograph was snapped at around 3:30 or 4:00 in the afternoon.  We still had a lighthouse to see before dark, and didn’t have time to dwell overlong, but the lighting would likely have been prettier around 4:45.  It took long enough to get this one because two girls with a mini-cooper parked themselves in the middle of the road for a good while as they attempted to stage the optimal instagram picture.  Youths.

My learning-by-doing moment for these pictures came when I arrived home, and realized I had over exposed a lot of them.  Because the pictures contained extreme darks and lights, I should have been more careful where I was metering.  I let the camera do a lot of the work, which resulted in it attempting to accommodate the dark shadows at the expense of blowing out the sky.  Were I to do this again, I think I would bracket these shots, or, in the alternative, taken a few pictures metering exclusively on the brightest spots, and the darkest, in addition to the camera’s default setting, and attempted some sort of HDR business.  HDR is on my list of things to learn.

It had rained the day before, so I had some nice puddles to work with.  Here’s the building at the far end of the tree tunnel.

This lovely old building is currently the KPH radio station.

And here’s a shot of the tree tunnel reflected in the water.

I would like this even better if I could get the water to look less muddy, and the trees in the reflection to look more defined.

Aside from better lighting and metering, I think my pictures would have benefitted from a lens with longer focal length, to create a greater feeling of depth within the tunnel.  Alas, I only own the one lens, so it would have to do.

I’ve noticed that most people take this picture from the other end, shooting down towards the building.  I wasn’t keen to stand so close to the road, however, so I opted for this direction.

On our way to the lighthouse, we came across this charming fellow.  At first, we couldn’t figure out what was going on.  Is someone raising elk in California?  Could there possibly be elk native to California?  It turns out, there are!

They are called tule elk, and it seems that they were nearly driven to extinction in the 19th century by ranchers and farmers.  You can read more about them here.  Here are his buddies:

I wish I could have gotten a better picture of them!  Alas, as mentioned previously, I only have the one lens for this camera, and it’s a pretty wide one.  Still, the event was captured for posterity, however poorly.  Rock on, Tule Elk.  I think you’re awesome.

One more time with feeling.

Until next time, friends.