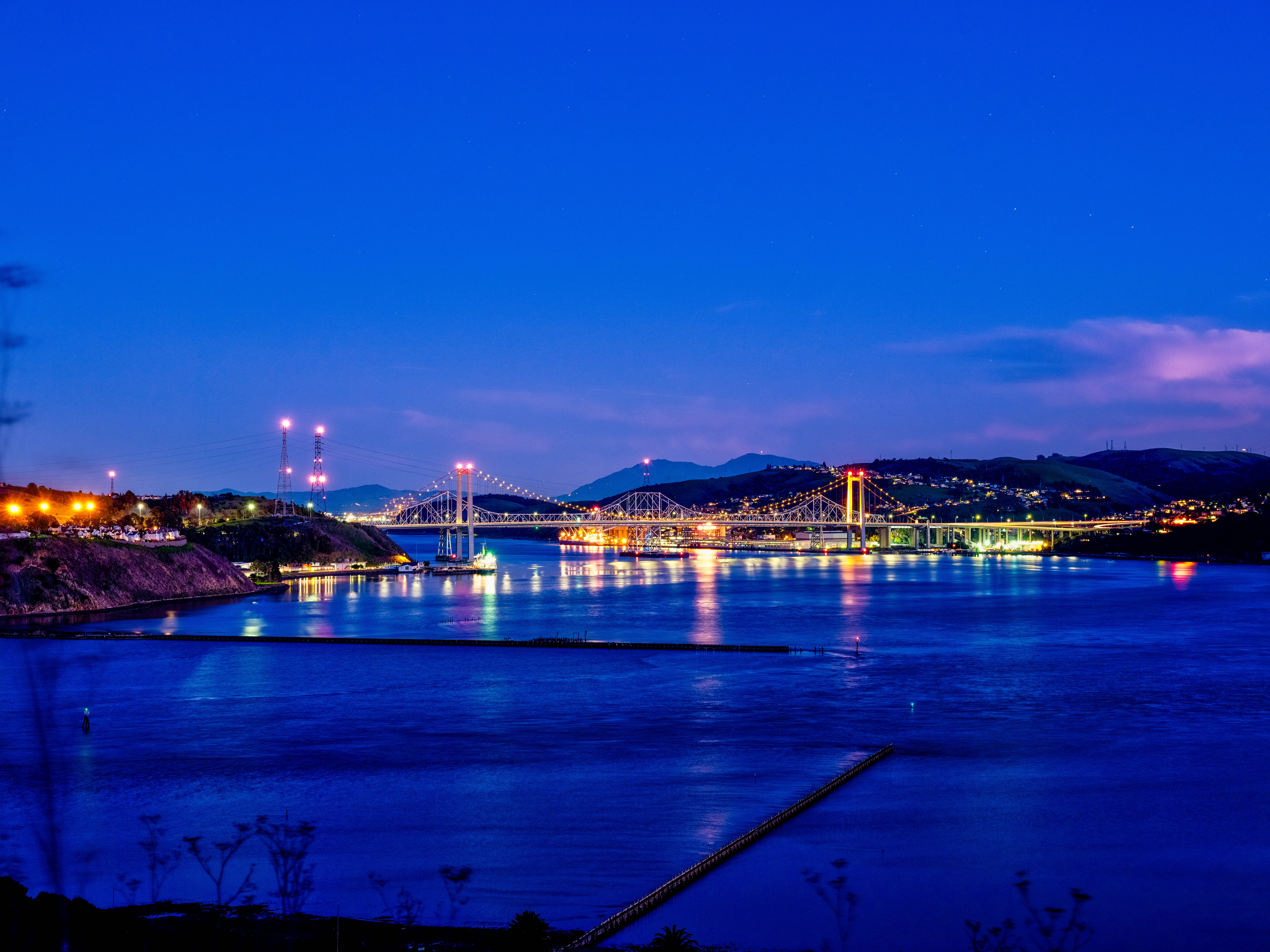 We had a bit of a mishap trying to visit the ship graveyard in Suisun Bay, otherwise known as the Suisun Bay Reserve Fleet.  We drove ourselves out there, only to discover upon arrival that all roads leading to the fleet itself were restricted to the public.  I’m sure there’s some trick to visiting this place, but we are not privy to it.  Another day.

Not to be deterred, we headed to Mare Island.  What a weird, wonderful little place.

According to Wikipedia, Mare Island was originally discovered by the Spanish in 1775.  This is an astoundingly early number for a state as young as ours.  Besides the missions, there wasn’t a lot of European activity going on out here before the Gold Rush.

The island got its current name from General Mariano Guadalupe Vallejo, after his prize white mare unexpectedly survived the destruction of a livestock ferry by swimming to the island’s shore.  The island later became the first U.S. naval installation on the West Coast, and is home to the oldest golf course west of the Mississippi.  Who knew?

The island is home to the Mare Island Shoreline Heritage Preserve.  These pictures were taken from that location.   Although the Mare Island Naval Shipypard is now closed, the shipyard has been designated a National Historic Landmark.

We took an unintentional tour of the island, since we hadn’t planned on visiting and had no idea where we were going.  The place is a bizarre mix of ghost town and planned community.  Many of the military buildings are now being used by a university.  A really, really quiet university – we never did see any signs of life.  By the time we stumbled onto the preserve, it was nearly dark.

Still, I’m glad we stuck it out.  The preserve was lovely, even in the near dark.  The structure featured in several of these photographs is a sculpture called the Ghost Ship, erected to commemorate the closing of the naval base.  As you can see, I was quite taken with it.  Here’s what it looked like in full:

The hanging tags with, I’m assuming, the stationed ships’ names, were free-hanging, which meant they moved in the wind.  It was challenging to get them to hang still long enough for a picture.  In one of the photos above, you can see that the “Success” tag was still moving when the image was snapped.

We were also afforded some lovely views of the Carquinez Bridge from several vantage points.  I like how this one came out:

Slightly different angle (and post processing) on it here:

I have this overwhelming urge to turn everything into a candy-coated post card.  For the first time in a long time I have a desktop computer.  Everything looks shiny and sparkly on it, and I find myself wanting to put all the colors into pictures, just because I can.  In my defense, there were legitimately a lot of colors to be had in this sunset.  Still, a little restraint never hurt anyone.

What I really would have loved to do is get the picture down by the water, at the base of one of those long docks.  Now that would have been cool.  Unfortunately, it was not immediately apparent how to get down there, or even if we were allowed to do so.  I’ll save that shot for another day.

I did finally remember to make use of my camera’s high ISO abilities, although I don’t think any of these pictures were shot much higher than 400.

This seemed to enable better exposure and, in some cases shorter shutter speed.  The shorter shutter became increasingly necessary as the wind picked up.  By the end, I was literally hanging onto the tripod with both hands and squatting, trying to keep it from toppling.  I understand that people hang weights from their tripods for this purpose.  In retrospect, I probably should look into doing something similar.  It would be a lot less silly looking.

I did remember to bring a towel with me (I always find myself wishing I had a towel), but then left it in the car before heading out.  The other thing I left in the car?  My glasses.  I don’t see very well without them, and once it got too dark for me to continue wearing my prescription sunglasses, I was basically pointing my camera at lights and hoping for the best.  Fortunately, the camera’s pretty smart.

And that’s a wrap!  Check out Mare Island if you happen to be in town.  It’s a weird and wonderful little place.