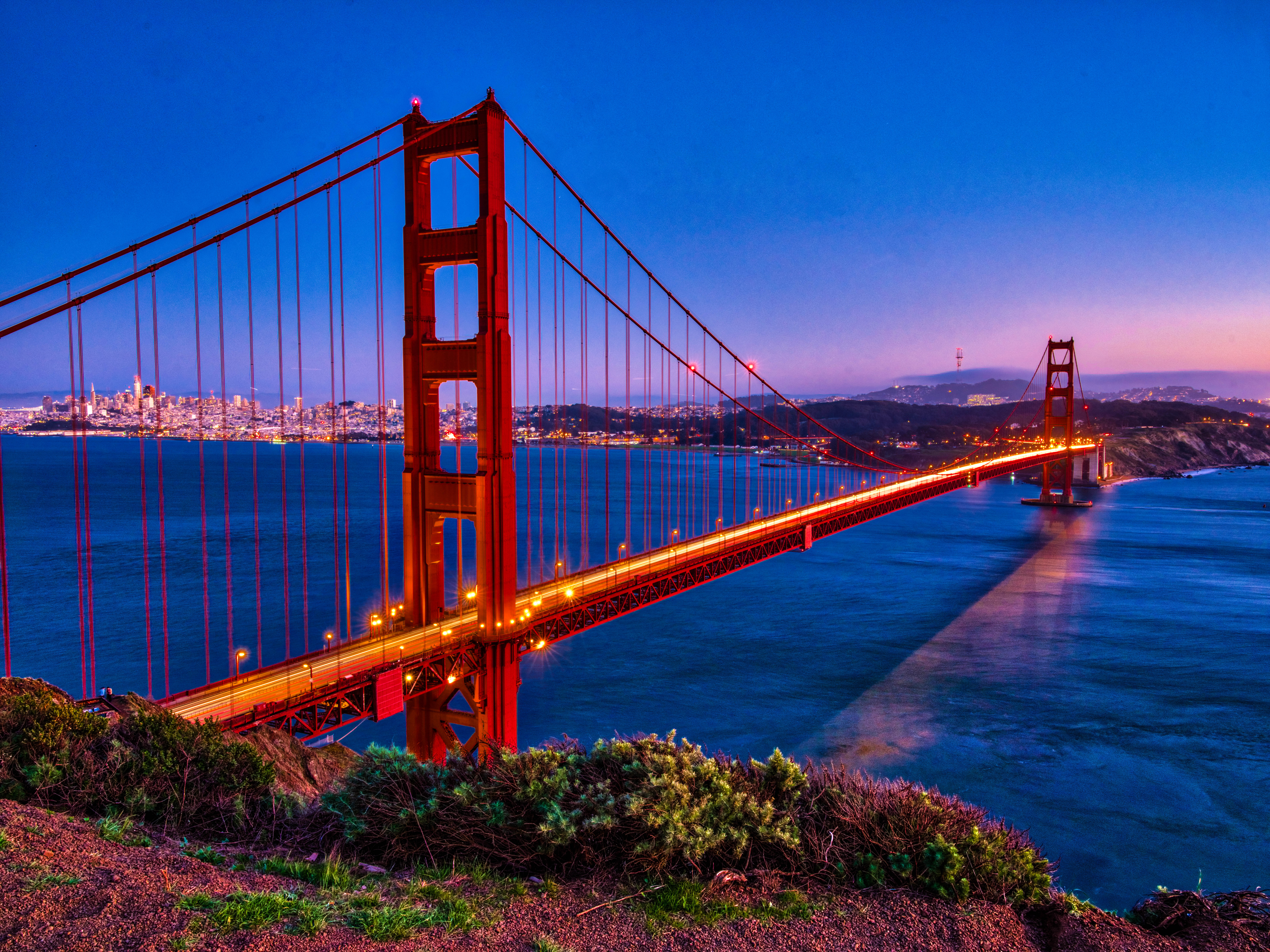 In my ongoing quest to do as the tourists do, I hied me down to one of the best spots in the Bay Area to photograph the famous Golden Gate Bridge, Battery Spencer.  Battery Spencer is located up on a high hill overlooking the bay, and is easily accessed from Fort Baker.   The parking situation seemed preferable at the Fort, and the kid likes to hike, so we stopped there first.

The above picture was taken on the way up to the bridge.  I used my little Fuji XPro-1 to get the shot.  I acquired the XPro for a very, very reasonable price when they were closing them out a few years ago to make way for the newer model.  So, the technology is ancient, but still functional.  It was through this little camera that I became enamored with Fuji glass, which means it will always have a place in my heart.  Fuji glass, in my totally unbiased and unsophisticated opinion, is phenomenal.  I suck at managing the focus on this camera, though, and have never managed to fully figure it out.  I have my best success with it on shots like these in which the subject is far away.  I didn’t notice until after the picture was processed that the offspring was making faces behind me in the shot.  Because of course.

We then trekked across the Golden Gate bridge.  This is a walk, I’m embarrassed to say, I’ve never before made, despite being a nearly-lifelong Californian.  I guess there’s little incentive to be a tourist in the places where you live, and easy to take for granted landmarks you see routinely.  I was struck at how beautiful it is up close.  It was the middle of the day which translates into terrible lighting, so I wasn’t very motivated on the picture front.  Still, I took a few snapshots so you can get the gist:

Also got a shot of the underside of the bridge on the way up, which is a pretty nifty sight:

A sad sidelight to this bridge is that a number of people kill themselves every year throwing themselves over the railing.  I was greatly sobered to reach the midway point, where the railing sinks, in consideration of these sad souls, and also a little surprised to see how low the railing actually is.  A sign, I guess, of the time in which it was built.

We finally made our way up to Battery Spencer shortly before dusk.  Here’s the money shot:

This above shot was, of course, a long exposure shot.  I did it this way to smooth the lights out along the bridge, and give the bay a glassy look.  I think it came out all right, although maybe even better if I’d had a 10stop filter for a longer exposure.  Or fluffy clouds, and a shorter exposure.  Maybe next time.

This was my parting shot, on the way back to the car.  It’s hard to see in such a tiny picture, but the sky is full of stars.  I thought the effect of the reflections were also quite lovely.

Until next time, everyone.