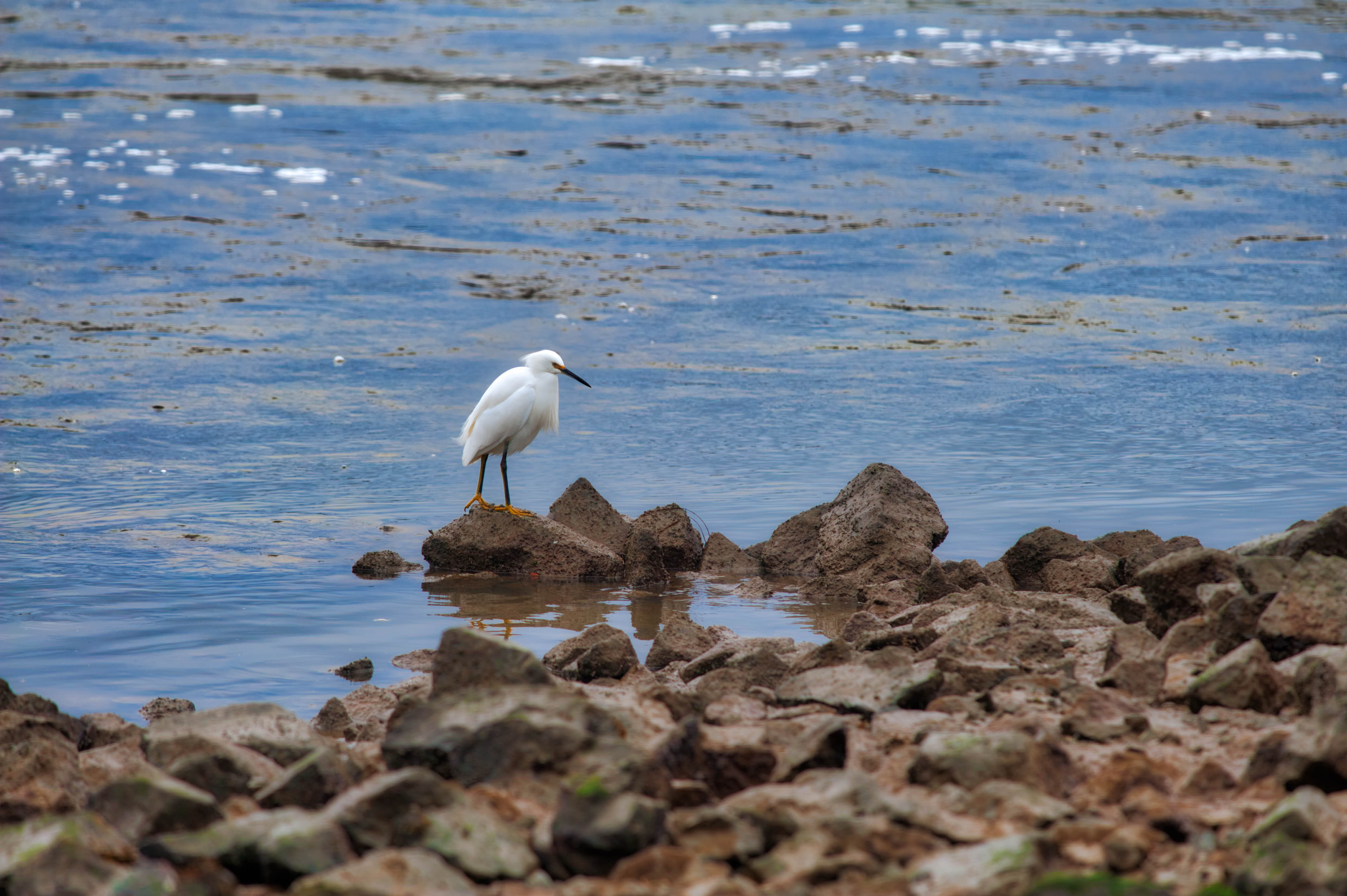 I have decided, as a subset of my photography hobby, to get into birding.  Although I like birds as much as the next person, I freely admit that this decision is largely expedient.  I live near the water where there are lots of birds.  I am even under the impression that some of the birds are of particular interest to birders, as occasionally they show up in large groups to scope the place out.  I don’t know.  I’m clearly a novice.

It turns out, however, that photographing birds is harder than it might appear.  I am having a lot of problems getting the little suckers in focus.  Part of this may be an equipment issue.  I love my Nikon (a d700) but it’s fairly old technology.  My longest lens is a 300mm f4, and is also old technology.  All that this means is that I don’t have much reach and my focus speed is pretty slow.

One of my better efforts.  It helps a lot if the bird stands still.

I don’t think it’s fair, though, to blame my perfectly serviceable camera.  The bigger problem is that I just don’t seem to be very good at it.  Almost everything I take is blurrier than I would like.

Also, my camouflaging techniques suck.  In fact, I’m founding a new birding genre, called, “What are you looking at, asshole?”  Behold:

What are you looking at, asshole?

Asshole, what are you looking at?

WHAT ARE YOU LOOKING AT?

Lest you worry that I am approaching the birds or otherwise harassing them, fear not.  I take these pictures while sitting on the edge of a bike path, a bike path full of squealing children, and radios, and joggers, and dogs.  The birds have no problems with the children, the joggers, or the dogs.  They take high umbrage, however, at the sound of my mirror slap.

Despite my technical inadequacies, I am finding the bird photography business a zen one.  I get to sit by the ocean, watch the birds, take a few pictures, and generally appreciate the great outdoors.  There’s only one thing that seriously harshes my zen:

Litter.  There’s literally trash and refuse up and down the coastline.  If you look at the first picture in this post, you can see that the poor bird is picking its way through tiny pieces of plastic.  It’s so depressing.  Do better, world.  And do better, Alameda.

This is a good angle, if for no other reason than that you can’t see the garbage from here.

I am going to go to read up on bird photography, and see if anyone on the internet has some suggestions for my improvement.  Next time, I hope to have some sharper pictures to display.  I’ll keep you posted.  In the meantime, keep flying, WordPress.  And don’t litter!

I like to think this bird is off to look for food, and not fleeing the sound of my camera.