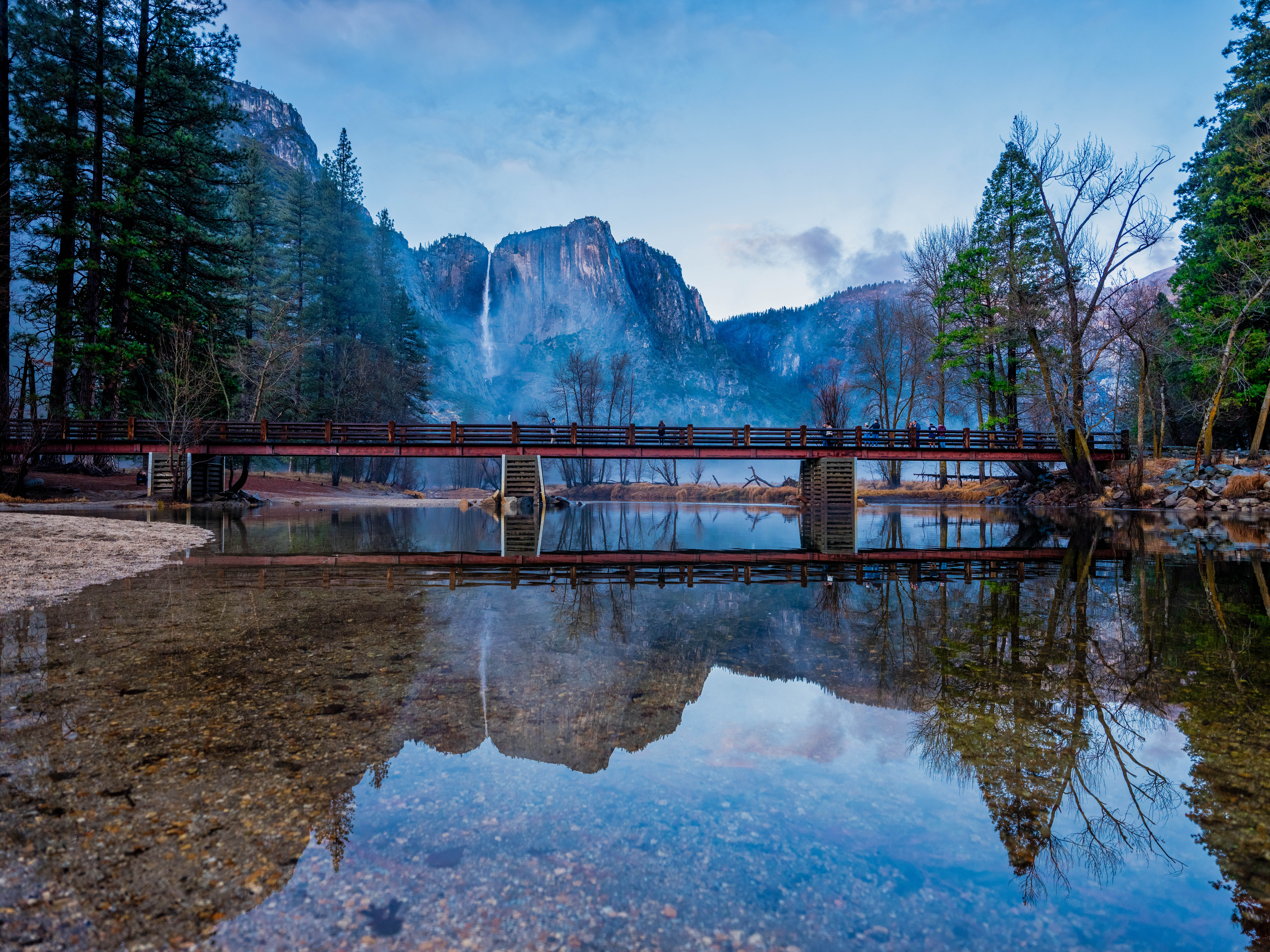 I have this dream in which I am a travel photographer.  In said dream, my camera and I go to all sorts of exotic places and chronicle my adventures.  Sounds pretty good, right?  Alas, budgeting does not permit this sort of thing in real life, at least, not in my real life.  I have decided, therefore, to take a glass-is-half-full attitude and reassess my immediate surroundings.  I am lucky to live in a place, and near a bunch of places, that a lot of people visit on their vacations.

So,  last weekend I went to Yosemite, which is roughly a four hour drive from where I live.  I’ve never been in the winter before.  I highly recommend it – the crowds are nearly non-existent, but the  sights are every bit as spectacular.  Here are some of my photos from the excursion:

Trees on the Valley floor.

Heart leaves in a rock.  Would that I had (a) noticed that the leaves were shaped like a heart and (b) made better use of my polarizing filter.

Yosemite Falls, as seen from the base of the swinging bridge.

The Yosemite Valley Chapel in the fog.

Another view from the base of the Swinging Bridge.

Parting shot of the pretty trees looking out into the fog.

Pretty awesome, right?  I was taken aback at how lovely it was.

Of course, I took an embarrassingly large number of terrible photos to get these few acceptable ones.  I will not confess to how many.  It can only be described as a buttload.

So here’s my learn-from-failing lesson of the week: It’s much easier to get a good looking picture in the early morning or the late afternoon than it is in the middle of the day.  I suspect a more competent photographer than me could have made the middle of the day stuff work, but I’m not there yet.  Instead, I’ve now got a whole bunch of blah stuff sucking up hard disk space.  Learning to photograph at non-optimal hours has been officially been added to my to-do list.  It’s a long list, with such broad topics as “Learn to Use Lightroom” and “Master Composition.”  I wouldn’t hold my breath waiting for “Crap Lighting” to happen any time soon.

Thanks for stopping by!