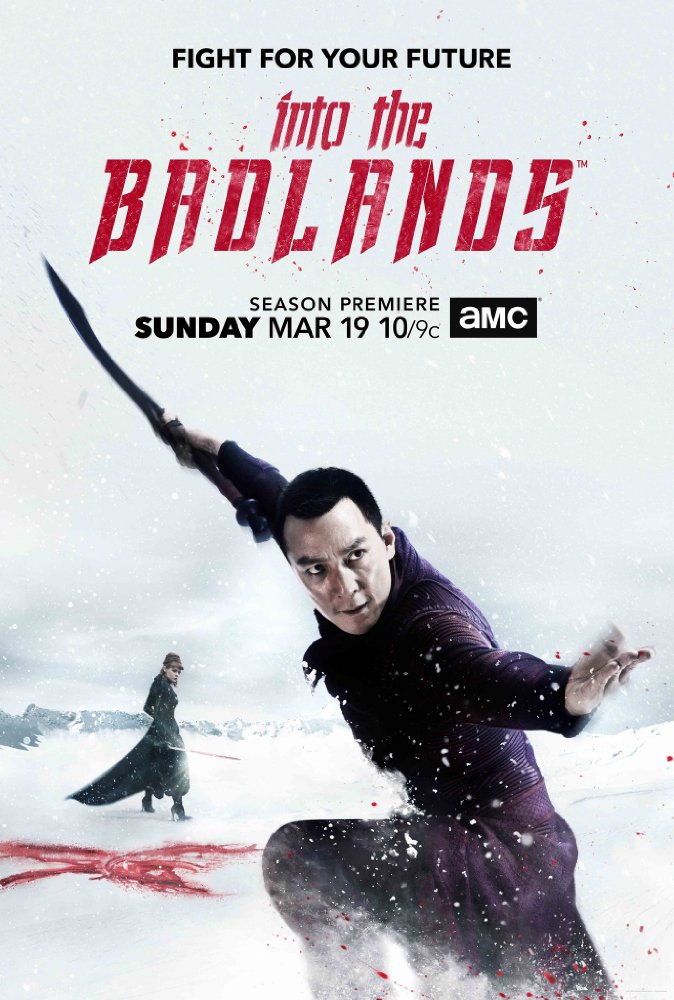 Ever watch a show and find yourself thinking, “Boy, I wish that dialogue was better,” or, “Hot damn, I was enjoying this film until they opened their mouths,” or even, “That last scene permanently destroyed any positive feeling I had about this series?”  Yeah, me too.  All the time.

Take the following scene from episode 3, season 1 of Into the Badlands, an AMC show that I’m in the process of binge watching on Netflix:

Lydia: Jade, I appreciate it, but you really don’t need to be here.

Jade: Ryder’s going to be my family as well.

Lydia: Do you know why Quinn proposed to you?  You’re a distraction, something to feed his ego, make him feel young again.

Jade: I understand you’re upset, Baroness, but I am not the enemy.

Lydia: Well, if you believe that, then you really haven’t the faintest clue about this life.

Jade:  I’ve been in this house since I was a girl.  I understand more than you think.

Lydia: When your son is lying in front of you, slipping away while you look on, helpless, then you can tell me what you understand.  So a word of advice from one wife to another: A baron’s home isn’t a sanctuary.  It’s a battlefield.

Well, I hear you say, maybe a better understanding of the backstory would help contextualize this sort of clunky language?  Cut the writers some slack, you say.

Context it is.  I’m only part way into episode 3, but here’s the information I have thus far:

Wars sometime in the distant past launched a dark age, from which emerged a feudal society governed by Barons.  The Barons have stripped people of their guns (yay!), and forced the frightened and impoverished into indentured servitude (boo!).  Everyone still fights all the time, but now they do it with swords, knives, and sweet, sweet kung-fu moves (…yay?).  The series is presumably set in a post-apocalyptic United States.  I say “presumably” because, while they never specify, the foliage is lush, the principal Baron lives in a house that looks suspiciously like the Evergreen Plantation in Louisiana, and everyone glows with the fine sheen of southern humidity.  It sure as hell isn’t Wyoming.

In the scene above, Lydia, the Baron’s first wife, chats up Jade, the soon-to-be second (third? fourth?) wife at the sick bed of Lydia’s son Ryder.  Added plot twist: Jade has been schtupping Ryder behind the scenes.

There.  You’re all caught up.  Whatcha think?  I know I think I still can’t with this dialogue.  Badlands writers, honest question: Did you all sit around the table and read this out loud to one another and honestly say, “Totally sounds like people?”

Or maybe they were you going for a Deadwood thing, to keep with the show’s sort-of-western vibe?  Deadwood, as I recall, had some kickass stylized language.  But if we’re trending that way, why not go big or go home, and whip out some truly hardcore iambic pentameter?

Lydia: As much as I appreciate your skill
with seeming smiles and pleasing countenance
you should but know that I am too well versed
in platitudes to mistake shadow words
for grieving flesh.  I beg you do not dwell
on my account.

Jade: A mother’s grief casts into harsh relief
all suffering beyond itself, the blaze
of its despair reducing mountain peaks
to silhouette.  So too am I reduced.
For now.  Do not forget, howe’er, that soon
my vigil claim will of a mother’s be,
when all that once was only yours is also mine.

Lydia: In marrying, you call upon yourself
your own decay.  My husband does not love
beyond the glass.  His is but mirror love,
all luster and reflection.

Jade: I am no enemy to you.

Lydia: If this is truly what you think, you are
the greater fool.

Jade:  Perhaps I am.  Yet still I stand, a girl
beneath the interest of a Baroness
no more, for I have lived this shadow life
for my entire own, beneath your roof,
and still I stand, and understand, beyond
what you may think.

Lydia: Do not confuse your youth with wisdom earned
or marriage beds for motherhood. This is
my battlefield and you are but a pawn
upon it.

And then hire a bunch of actors who can make bad iambic pentameter sing.  It’s hardly Shakespeare, after all.

In the meantime (and I’m no writer here, so hey, what do I know?) how about cutting these poor actors some slack?  The situation – a feudal, kung fu centric, dystopian society set in the deep south – would be a tough sell even for Anthony Hopkins (although man, was he great in Westworld or what?).  Maybe they’d have an easier time with it if the language wasn’t so stiff.

Lydia: Jade, get the fuck out of here, before I call in my guy with the swords.

Lydia: My son is dying.  This isn’t the time or place.

Jade: I know you’re upset, Baroness.  I just thought, now that we’re family, if there’s anything I can do…

Jade: I know it must hurt you that he wants to marry me.

Lydia: He doesn’t want to marry you.  He wants to be twenty again.  Do you know how many girls he’s had, just like you?  Probably about as many as he’ll have after you’re gone.  What do you think ended up happening to them?

Lydia: Do you?  Do you really?

Jade: Please, just for today, let’s try to set aside our differences for the sake of our son.  I know a doctor…

Lydia:  Marrying my husband doesn’t make you my son’s mother.    Get the hell out of my sight.

Still pretty silly , but at least they don’t sound like they’re reading from Bulwer-Lytton contest entries.  At least (I flatter myself) not as much as they did before.

In all seriousness, I kid because I care.  This is a fun little show, with awesome fight scenes, and an engaging storyline.  Yeah, it’s got hackneyed dialogue.  You can’t ask for everything.

Still, I’m going to leave you with this particularly awesome nugget from later in the episode:

“You know I’m a lot more persuasive when I get what I want.”

As the person watching this with me said, “What the fuck does that even mean?”  Indeed, Badlands.  Indeed.