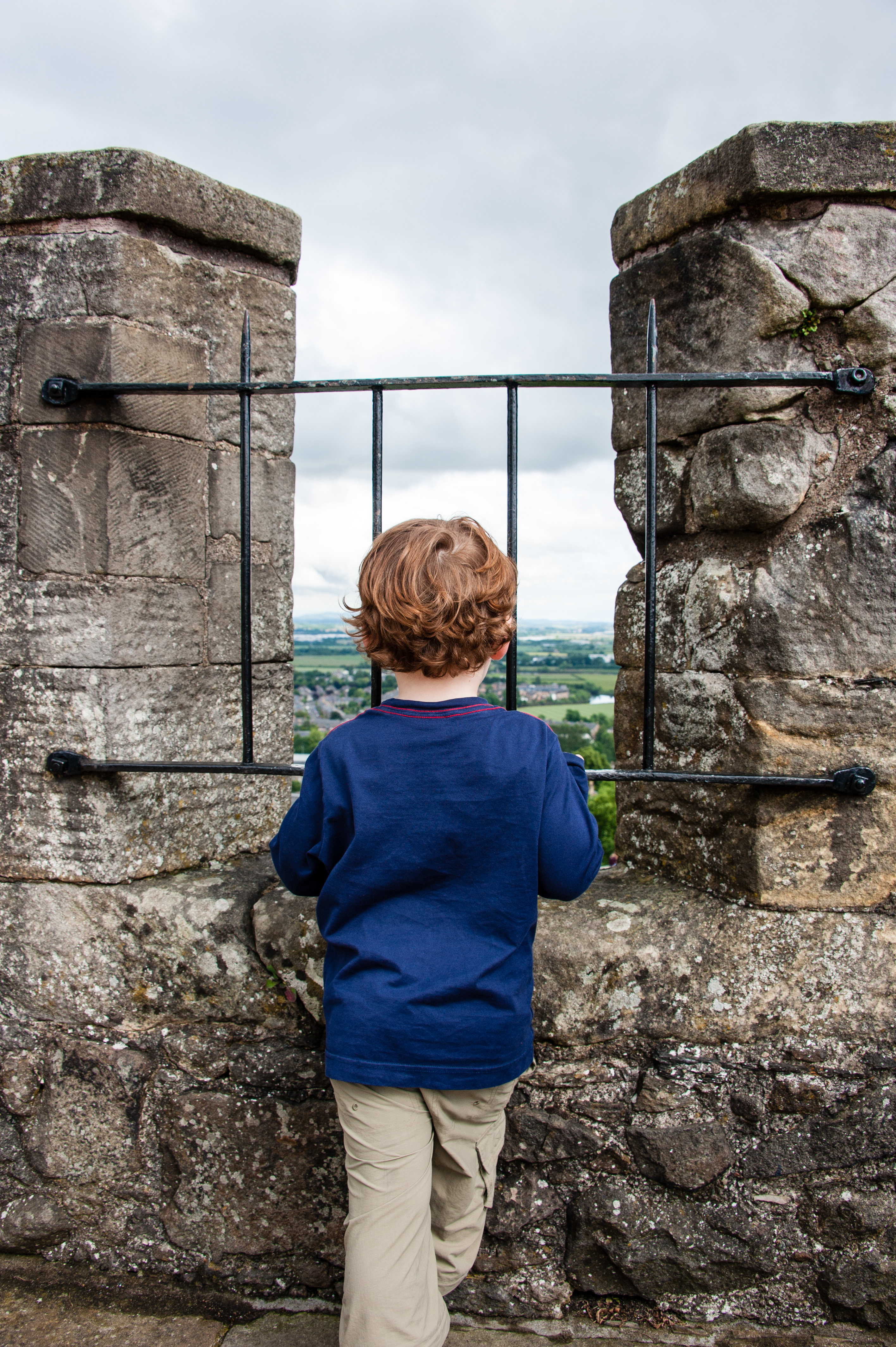 In fact, Crazy Mississippi Dog Lady is so vocal, I sort of start to feel like I know her.  I know, for example, that she likes Infowars, and country music, and Fox News.  She appreciated Ancient Aliens and the New World Order (apparently available on Amazon). She has an ongoing feud with another schnauzer breeder in Nevada.  She believes in Jesus’s mercy.  She wants Jerry Brown to rot in hell.  She thinks “antifa” are responsible for the Las Vegas shooting.

And then there’s the way she talks online which, I will admit, shapes the way I imagine her.  She likes to capitalize entire words or even sentences for emphasis.  She loves exclamation points, especially if they come in sets of three to five.  In my mind, she gesticulates wildly while she talks, but I don’t know.  I’ve never actually met her.  I do know that Crazy Mississippi Dog Lady misspells 40% of her words.  She substitutes “u” for “you”, and has not, to my knowledge, ever used the correct version of “your” in an online discussion.  She thinks alt-right soundbites are mic drops.  Next to Cousin Jimmy (another friend’s Facebook-vocal relative from Texas), Crazy Mississippi Dog Lady is my most reliable source for of-the-moment nationalistic jingo.

But the thing I know most solidly about Crazy Mississippi Dog Lady, is that she hates a lot of things.  She hates liberals.  She hates people who utilize government services.  She hates minorities.  She hates immigrants.  She hates people who disagree with her. She really, really hates former president Obama.   All of Crazy Mississippi Dog Lady’s threads ultimately devolve into a Barrack Obama screed.  She particularly likes to belittle his physical appearance, reserving her strongest vitriol for his big ears and his face, which she decrees ugly.  It would not be such a stretch to suppose, although I’m sure Crazy Mississippi Dog Lady would deny it (loudly, with many capital letters, exclamation points and reflexive accusations of bias), that the constant harping on ears and faces is a substitute for the unattractive racial slurs she might be inclined to use in her home but knows enough to avoid memorializing in print.

In short, Crazy Mississippi Dog Lady is a caricature of what a Californian like me imagines a white Mississippian to be.

Today, scrolling through my feed, I came across a re-post from my cousin.  It was a gofundme for Crazy Mississippi Dog Lady.  According to the gofundme, Crazy Mississippi Dog Lady has cancer.  She does not have health insurance.  A two-time cancer survivor, it now seems that one of those previous cancers has metastasized to her lungs.  For those of you who have had the very good fortune to never meet cancer staging in your travels, this spread beyond primary site does not auger well.  Its treatment will certainly be exorbitantly expensive.  In order to conclusively diagnose the cancer, Crazy Mississippi Dog Lady needs a lung biopsy, which the hospital will not provide unless she pays up front.  The initial test, the one Crazy Mississippi Dog Lady’s gofundme is designed to address, costs $25,000, and will likely reveal a need for much more profound and expensive treatment in the coming months.

I find that there’s something deeply upsetting and moving  about Crazy Mississippi Dog Lady’s plight, in the way that Oedipus’s discovery of his fate is both upsetting and moving, or Willie Loman’s delusions are both upsetting and moving.  I have no idea why she does not have insurance.  Perhaps she cannot afford the premiums, influenced as they are by the market destabilization she has so championed with her vote.  Perhaps she hates Obama so much she would not accept the healthcare with his name on it.  Perhaps the healthcare available to her is prohibitively difficult or expensive to acquire in Mississippi, due to the efforts of the Republican politicians she helped elect.  Perhaps she simply would not accept government subsidized healthcare out of pride, because after all, she has been railing against all of those deadbeat takers for years.  Whatever the reason, Crazy Mississippi Dog Lady has now been reduced to begging for money from her friends, after years of virulence and judgment towards those who seek help.  There’s some hypocrisy there, I think.

And yet, for all of that, she is dying.  Her gofundme talks about her dedication to her business, her love of her dogs, her passion for doggie DNA testing.  By the time this is all said and done, she will likely die in extreme poverty, losing even her beloved dogs to the overwhelming medical bills that will postpone her death but not rewrite it.  As I type this, I think how insensitive it is to call her Crazy Mississippi Dog Lady at all. It’s not like I don’t know her name.  It’s Diane.

I think I can say, without being disingenuous, that I can find enough humanity within myself to feel sadness for this dying human in Mississippi who I’ve never met, but feel strangely like I know, who loves her dogs, and her kennel, and her husband, who has enough friends that she has raised $7000 from 40 donations.  That’s 40 people who care.  40 people who will miss her.  40 people who will remember her, for a time.  40 people who perhaps will love her dogs for her when she is gone.

Still.  Still.  I struggle with how to feel about the thing.  I suspect that were our situations reversed, this same woman who I am striving to look upon with compassion would have no similar compassion for me.  If her online presence is any indication, she would delight in my ruin, and exult in my death.  I think of those people at the Charleston church shooting, who watched their friends, relatives and pastor die during a prayer meeting at the hand of a white supremacist, showing up at court to grant a genuine Christian forgiveness to the most undeserving and unrepentant of recipients.  That is humanity at its most aspirational.  I am not a Christian.  I feel no particular guilt or dogma encouraging me to forgive for the sake of forgiveness.  I aspire, nonetheless, to be the sort of human that forgives other humans.

If I am being honest, though, my own feelings are neither as charitable nor admirable as I would wish them to be.  Although I have no idea why Diane has no health insurance, I do know she politically opposed affordable healthcare, and condemns those who accept it.  Perhaps she would rather die than have health insurance provided by a Democrat, or Obama, or a Black man.  That’s bizarre, but her prerogative.  But she has also fought to keep other people from the healthcare she so disparages, people who have no such compunction accepting help from a Democrat, or Obama, or a Black man.  Those other people will suffer and die for her beliefs.  As much as I try to remember those church goers in South Carolina, I still find I have trouble forgiving her for that.  I still blame a dying woman for that.

And then, I think, where does the blame really lie?  Is it with the cancer ridden schnauzer breeder in Mississippi, who screams, shrill and desperate and angry, into the desolate void of cyberspace?  Or does the blame lie elsewhere?  Is it with the people who convinced this lady in Mississippi that their small government stance is something she should die for?  Or is it with the Republican Party, who have for decades castigated the impoverished and the ill for the failing of being impoverished and ill, so much so that this schnauzer breeder would rather die than admit to her politicians that she is impoverished and ill herself?   Is it the president, who promised her a greatness entirely illusory if she will just suffer awhile longer?  Is it Rupert Murdoch and Fox News and Sean Hannity and the Mercers, who lectured her for all these years on the evils of government assistance, and taxes, and compromise?  Or is it the religion of her childhood, of her town, of all of her friends, a religion that advocates faith and subservience over information and reason?  I don’t know.  I guess there’s plenty of blame to go around.

In the end, I can’t help but wonder whether this lady in Mississippi is, on some level, dying of shame.  I can find it in myself to acknowledge the pathos in that, even if I can’t, to my own shame, forgive her for demanding, with her dying breaths, that other people do the same.

Why, you might be asking, am I telling you about all of this?  I guess because I hope one day you will be a better person than Diane, and a better person than me.  Little people, I notice, are not naturally nice or kind.  They push and shove.  They say mean things.  They hit when they are angry, and howl when they are denied.  Sometimes, I think that this is what humans are.  We are not nice.  We are not kind.  We are territorial, and violent, and unforgiving, and ugly.  We learn to hide it better, but we do not become better.  But still, and I strongly feel this, we must nonetheless try, somehow, to be greater than we are.  This too, is part of being human, the better part.

I am, in this regard, a very average, unremarkable human.  I am still angry at those who slight me, unforgiving of those who I feel threaten me, condemnatory of people who do not see the world as I do.   I worry, sometimes, about whether I can teach you anything at all about being gentle with the world, when I, so clearly, am neither kind nor forgiving myself.  I know, after all this, I won’t stop calling Diane “Crazy Mississippi Dog Lady.”  The best I will likely muster is to say “Crazy Mississippi Dog Lady” with slightly less disdain, or maybe with a little bit more compassion.  I don’t know.  That’s a pretty low bar, and yet a part of me suspects I won’t be able to clear it.

Still, I hope.  I hope, in the face of all evidence to the contrary, I will one day do better.  More importantly, I hope that, one day, maybe you will do better than I have done.  I talk to you all the time, about being considerate to others.  Think about Adam’s feelings before you say that thing.  Be gentle with the dog, even if she ate your toy.  Do these things make a difference?  I don’t know.  Sometimes, when I see you push that obnoxious kid at soccer, or hear you call that annoying boy at school a name, I think maybe not.  Other times, you say something cruel to me, and when I tell you it was hurtful, your little face crumples, and you say, “I’m so sorry.  I didn’t mean to make you feel bad.”  And then you give me a hug, and the hurt is forgotten, and I think, for a moment, that there is hope for all of us after all.  We just have to be a little better than we are today.  Just a very little bit.

Postscript: Names, locations, and some details have been changed to protect identities.