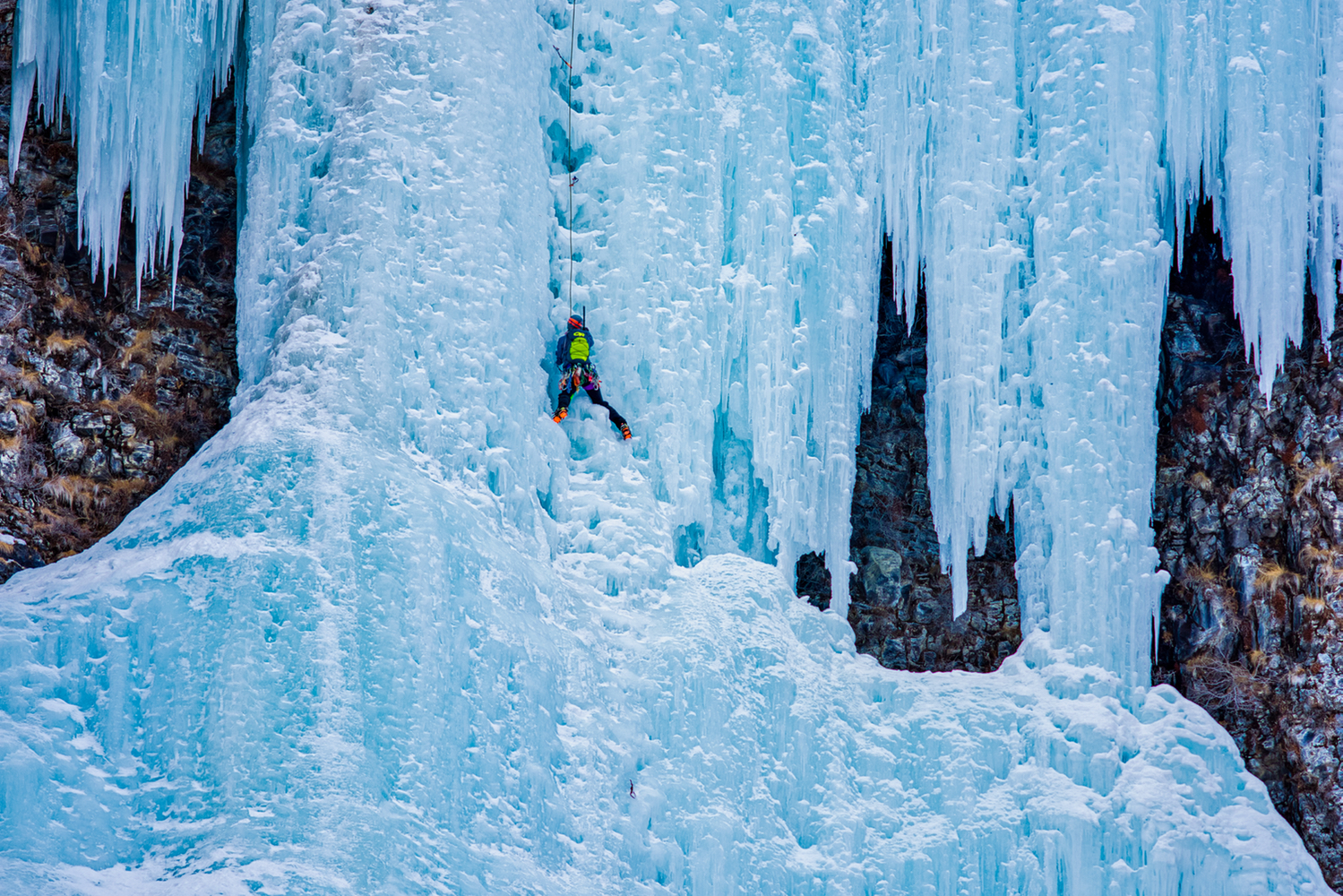 A few weeks ago, we visited Canada in the winter.  Winter is novel when you live someplace with reasonably temperate seasons, and Canada experiences a lot of winter.   Take, for example, Lake Louise, in Banff National Park:

That’s the lake.  My husband is standing on it.  In April.

But seriously, how cool is that view?  I feel like I didn’t do the location justice with my camera, inexperienced as I am with photographing snow and white landscapes.  You will have to take my word for it when I tell you that frozen Lake Louise was one of the most magical things I saw in Banff, a park replete with natural splendors.

We walked all the way to the back of the lake and up the hill, just for scuz.  It was a significant hike, as it necessitated leaving the trail and fording through the snow.  Here’s the view back towards the lodge from where we turned around:

The lodge is that little spec way in the distance.  It is also quite lovely.  We had afternoon tea there.

People appeared to be enjoying a variety of entertainment options at and around the hotel.  For example, we spotted this guy:

There were many lovely views to take in, if you went for a walk along or around the lake:

And sleigh rides around the lake’s perimeter:

The hotel had set up several ice rinks at the entrance to the frozen lake dedicated to various ability levels and activities, and had also established an area for sledding.  Despite all of these fine options, my son ultimately elected to throw snowballs for hours with/at his long-suffering grandparents.

A few more pictures of the lovely scenery:

I know I have some duplicate photos in this post at the moment.  The WordPress gnomes are not cooperating today, and I’m having trouble straightening it out.  I guess you just get to appreciate the splendor in duplicate until I do.

I was really blown away by Lake Louise.  It was absolutely magnificent. Sadly, I don’t think my pictures do much to demonstrate its grandeur.  Anyone have any tips for photographing snow?  I had trouble getting any depth or detail out of it.  The weather that day didn’t help, which was overcast and uniformly gray.

And that’s a wrap!  I might swing by later and upload a few more pictures, showing the hotel and whatnot.  I’ve been having trouble with uploading larger images to WordPress lately.  In the meantime, I’ll leave you with my favorite one, which is this crazy guy: