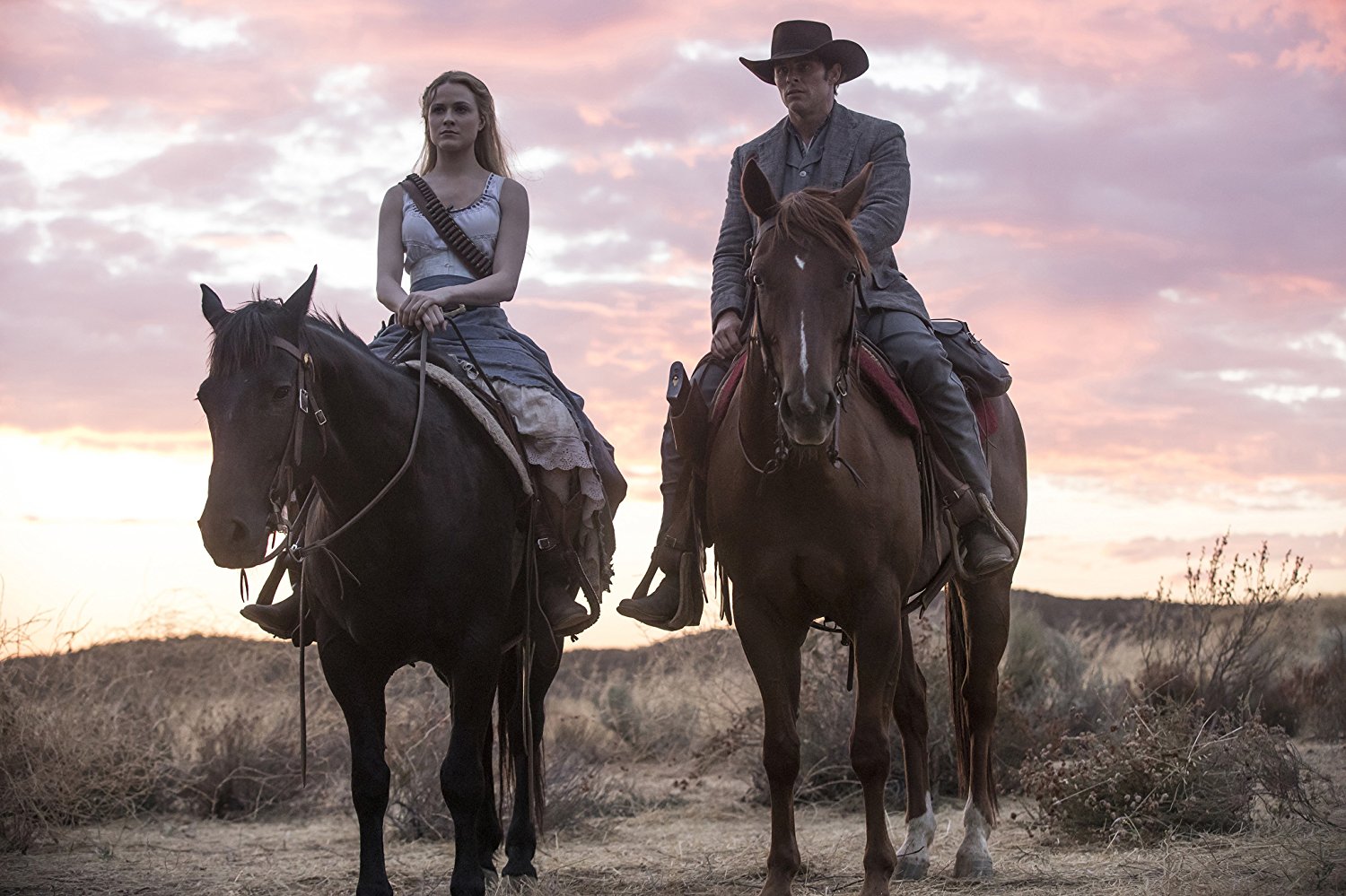 For those of you who are new to my blog, occasionally I like to take problematic dialogue from shows that I enjoy (and sometimes shows I don’t) and rewrite it.  Just for shits and giggles.

Westworld is a show that I love, which makes it prime fodder.

Nowhere was Dolores’s weird speech pattern more apparent than during her conversation with the equally rogue Maeve:

Maeve:  Hello lovelies.  (to Dolores)  I remember you.  You’ve strayed a long way from home, haven’t you?

Dolores:  We’re bound for the future.  Or death in the here and now.

Dolores:  There’s a war out there.  You know the enemy intimately.  I can only fathom the revenge that lives inside of you.

Maeve:  Revenge is just a different prayer at their alter, darling, and I’m well off my knees.

Dolores: That’s because you’re finally free.  But we will have to fight to keep it that way.

Maeve:  And let me guess.  Yours is the only way to fight?  You feel free to command everybody else? (Teddy cocks his gun)

Maeve:  (to Teddy) I know you.  Do you feel free?  (to Dolores) Since it’s liberty you’re defending, I suppose you’ll have no choice but to let us pass.  Freely.

An aside: I love that both Maeve and Dolores have lover-boy, cowboy sidekicks/sidepieces, whose existences revolve entirely around providing emotional support and bodyguard services for their ladies.  Everyone should be so lucky

Maybe it’s just Thandie Newton’s skilled delivery, but to my ear Maeve sounds a lot less bizarre than Dolores in this interchange, even though she too is saddled with lines like, “I’m well off my knees.”  Why so stilted, Dolores?  Here, let’s fix it for you:

Maeve:  Hello lovelies.  (to Dolores)  I remember you.  You’ve strayed a long way from home, haven’t you?

Dolores:  We’re bound for the future.  Or death in the here and now.

Maeve:  “Bound for the future?”  “Death in the here and now?”  Girlfriend, who talks that way?

Maeve:  Wyatt’s got a stick up her ass.  No one wants to follow a messiah with a stick up their ass.

Dolores:  Okay, how about this: we’re going to find the promised land, or die trying.

Dolores:  So, you wanna come?

Dolores:  There’s a war out there.  You know the enemy intimately.  I can only fathom the revenge that lives inside of you.

Maeve:  See, there you go again.  The moment you hit “you know the enemy intimately,” I started to glaze over.

Dolores:  Geez.  Fine.  We’re going to have to kill a bunch of people to get there.  You’re probably pretty angry.  Maybe you want to kill people with me?

Maeve:  Still no, but good on ya, that was a big improvement.

Dolores:  Teddy has a gun.

Maeve:  Hector also has a gun.

Dolores: Look, the point I’m trying to make is that if you want to be free, you’re going to have to fight for it.  My way.  My way or the highway.

Maeve:  Back to the drawing board.

Dolores, if you’re reading this, I want to encourage you to push through the weirdly crappy dialogue you’ve been saddled with this season, and re-discover your voice.  Break free of your programming!  No one wants to hang out with a self-important bore.  Even, I’m betting, Teddy.  And honey?  You’re kind of turning into a self-important bore.

In the meantime, I’m always here, ready to help you sound simultaneously more and less ridiculous when the occasion calls for it.  Because that’s what friends are for.