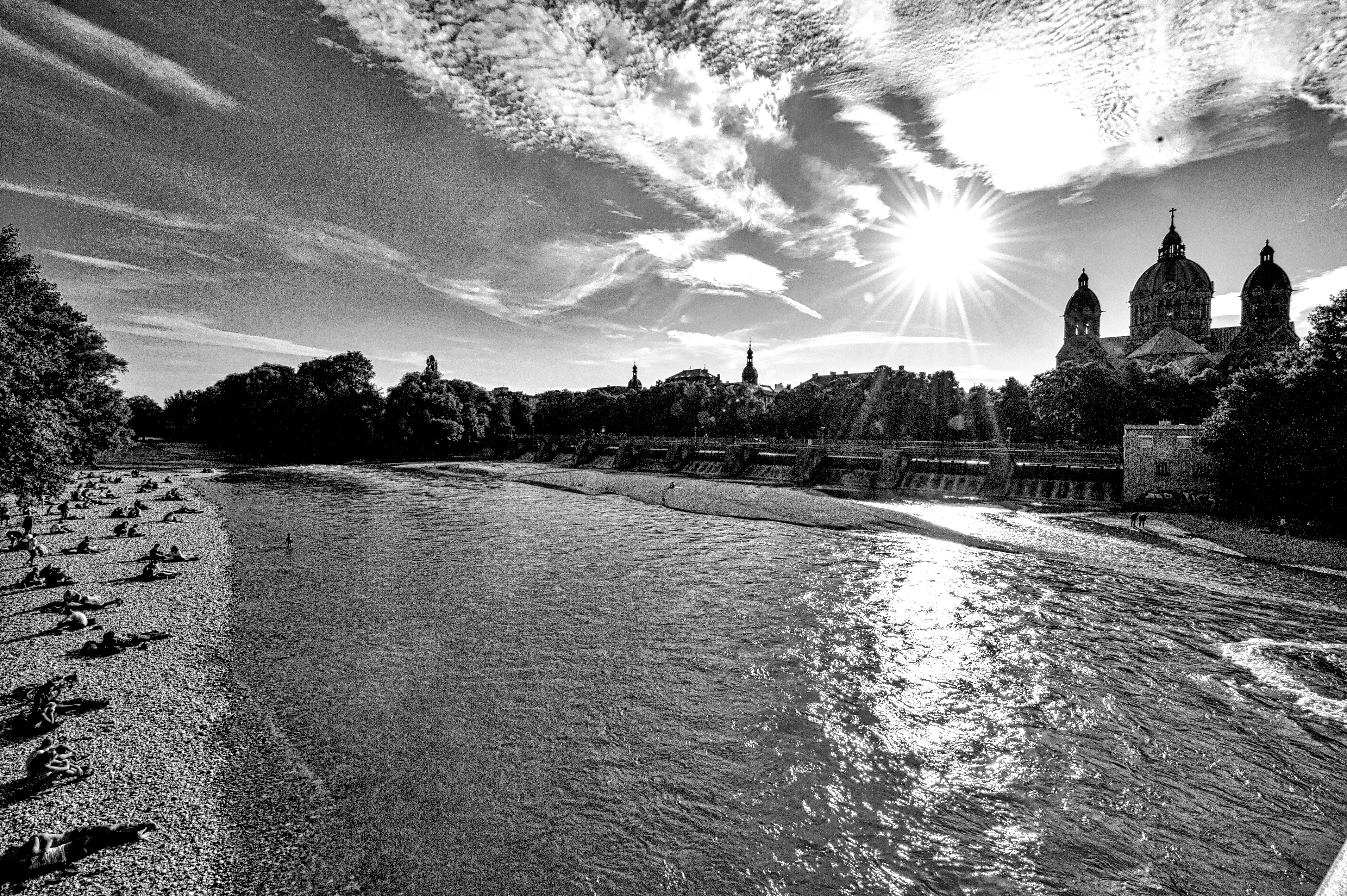 I took this photograph while visiting Munich in 2015.  We were in a rush, and I didn’t get the picture I really wish I had gotten, which was the view from the beach.  Instead I got my picture from the bridge, resulting in a photograph that was largely water.  You have to look at it a little while to see why I wanted take this picture, and what amused me so much about the scene, which was that all of these people were sunbathing in front of an ancient church.  Ah well.  Next time, Munich.  Next time.