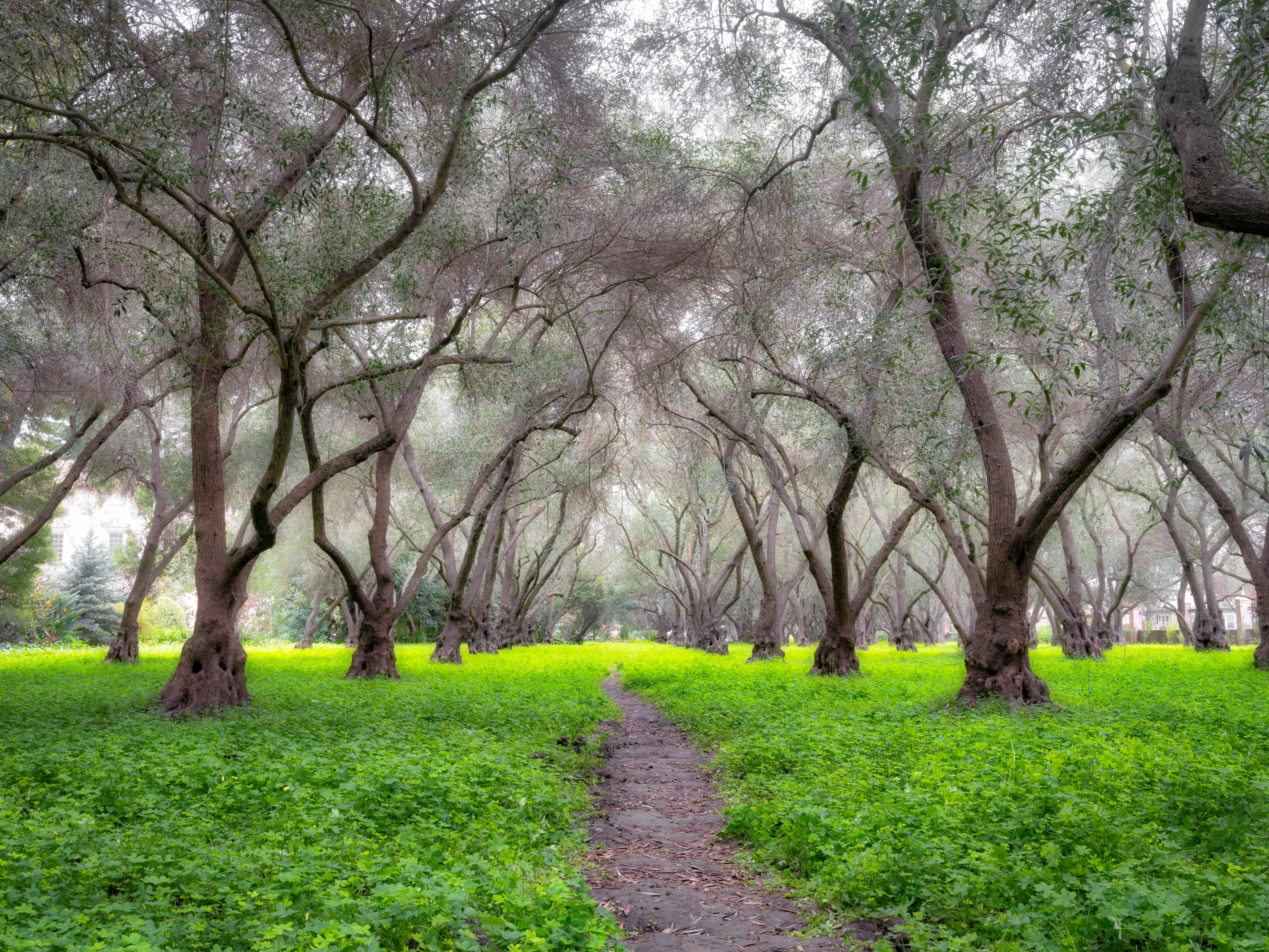 A number of months ago, I came into a little bit of money and bought a nice camera.  I thought long and hard about it before I did, and decided that the only way to justify buying this nice camera was if I really intended to use it all the time.  So, I’ve been using it all the time.  “All the time” for me is “every weekend.”  This is a substantial step up from my previous habit of only taking pictures while on vacation.  I don’t go on that many vacations.

I’ve been finding the process more fulfilling than anticipated, at a time in my life when, it turns out, I could really use some fulfillment.  A cool byproduct of the camera-ing is that it has encouraged me to think about the beauty of the place where I live.

The pictures below were taken at the Carmelite Monastery in Santa Clara, California.  I’d never heard of it before an internet search turned me onto it.

It’s most well known for its olive groves:

Not too shabby, am I right?  It also had all the pertinent religious stuff, of course:

But it’s really all about the lurvely foliage:

The child is always happy to mug for the camera.

Okay, funny story about this next picture.  When I arrived, these people were doing a protracted, incredibly hokey maternity photoshoot in the middle of the longest row of trees.  They posed with everything from the ultrasound photo to a soccer ball (no, really).   I waited over an hour for them to leave, and they never did.  I ended up snapping the picture below with them in it and clumsily editing them out.  Still pretty, but ah, the picture that could have been.

The child humors his mother.

Again with the humoring.

When I got home that night, I was disappointed with my pictures, as I always am.  In the light of day, however, I have to say that the beauty of the place really shines through.  It’s a magical little location, buried deep within the urban sprawl that is Santa Clara.  If you happen to be in the area, I encourage you to check it out.  I think you’ll find it well worth the effort.