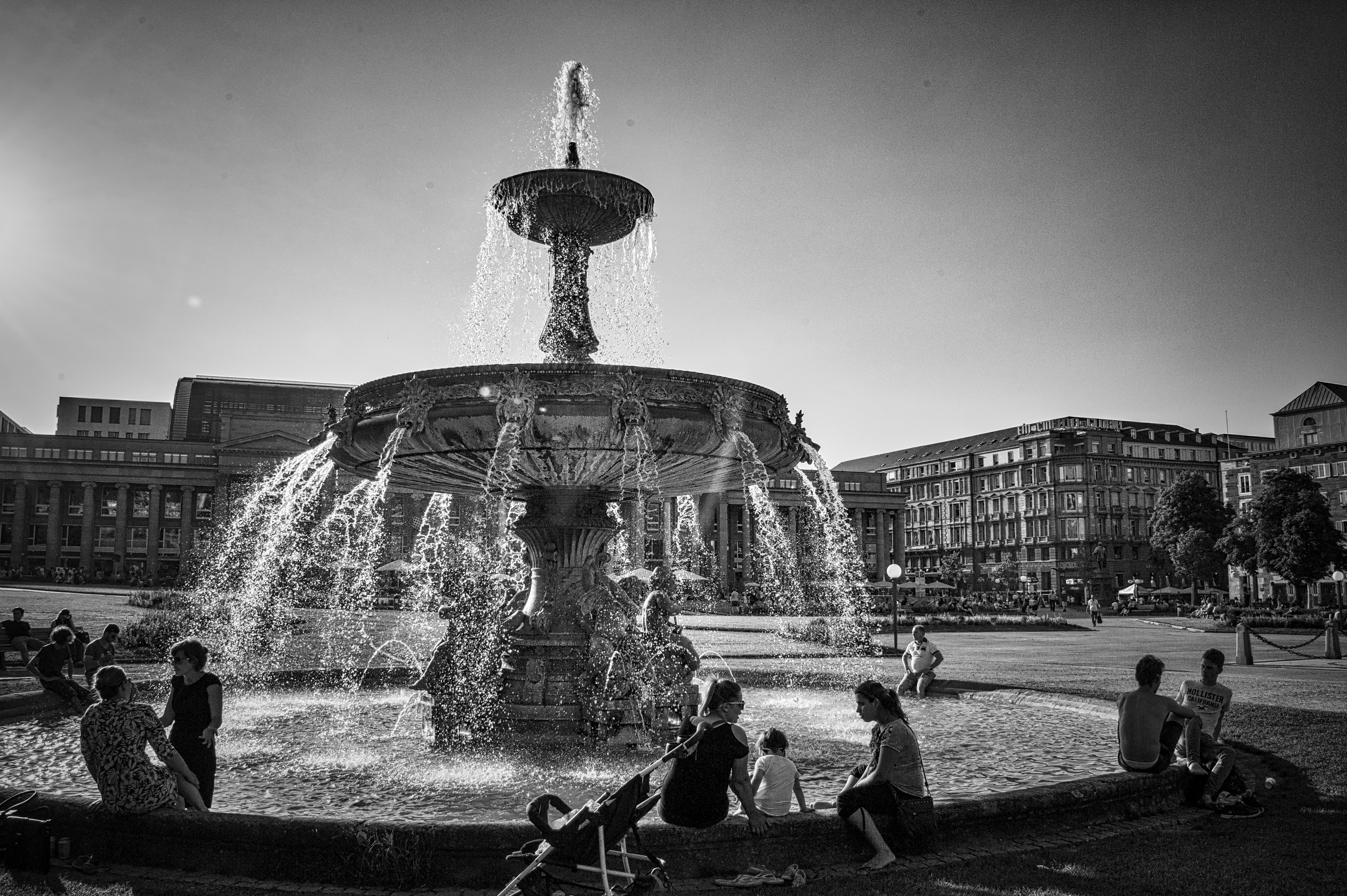 Our little family was in Germany the summer of 2015, during a brutal heat wave.  When I looked back at the Stuttgart pictures, which is where we were for the brunt of it, it feels like you can see the heat radiating off the images.  The sky was flat and cloudless.  The pavement burned.  Everyone was covered in sweat.

We had a good time anyway.  The town was charming, and the people friendly, and there was some tasty ice cream to be had at the center where this photo was taken.  Some twenty-somethings from France staked out a corner on most afternoons and blew huge bubbles for tips.  When you are traveling with a kid, you can’t ask for much more than that.

The picture below shows people hanging out in and around one of the fountains to stay cool.  The photo was uninspiring in color, but, I think, more interesting in monochrome.  I’m not much for photo-editing – it’s on my list of things to learn – but I notice that I failed to remove the sensor smudges from this photograph.  Sorry, internet.  I hope it doesn’t irritate you as much as it irritates me.

Stuttgart, Germany, During the Heat Wave